It was recorded as 4 stereo tracks on the Zoom R8, then finalized in Audacity on an iMac.

This ambient piece employs 3 steel guitar parts: a bass+drone, a two-note baritone figure, and a melody line. The accompaniment is a tabla drum loop and road noise. The video was created with Magic editor.

Inspired by the music of Steve Reich.

Here’s another ambient piece based on chording algorithm used in Tripolar Expedition.

This algorithmic piece picks random notes from the Bohlen-Pierce scale for a soothing ambient effect. There are 17 iterations, each dropping the highest note from the remaining list.

This short piece, titled “Providence”, contains overlapping Bohlen Pierce chords. Each note includes a harmony 439 cents (9/7) above and another 439 cents below. A pleasant effect with no real parallel in the 12-tone system.

These two pieces were retuned to Bohlen=Pierce with the Melodyne 5 Editor. The first is a jazz piece I wrote on guitar as a teenager, reimagined in Band-in-a-Box with a trombone as the lead instrument. I wonder if an actual trombonist could play these notes.

The second is a sound collage based on Dennis C. Lee’s “Psi-seX 1”. Running these somewhat random noises through a musical scale filter makes a rather pleasant effect, in my opinion.

Here’s one way to adapt a standard 12-tone keyboard to play Bohlen-Pierce music. Some of the black keys are not used because the BP scale has fewer accidentals. The actual pitch reassignments must be done in software somehow.

I usually tune my steel guitars to D6 with G bass (G B D F# A B D F#). The Bohlen-Pierce tuning below uses the same string gauges with a BP fretboard designed by Andy DePaule.  I simply place the fretboard over the standard one and retune to play in BP.

If you use a Peterson Strobe HD tuner, you can install the BP tuning table from the “Uncategorized” list at petersontuners.com/sweeteners/shared.  That’s a lot easier than eyeballing the cents numbers on a traditional electronic tuner. 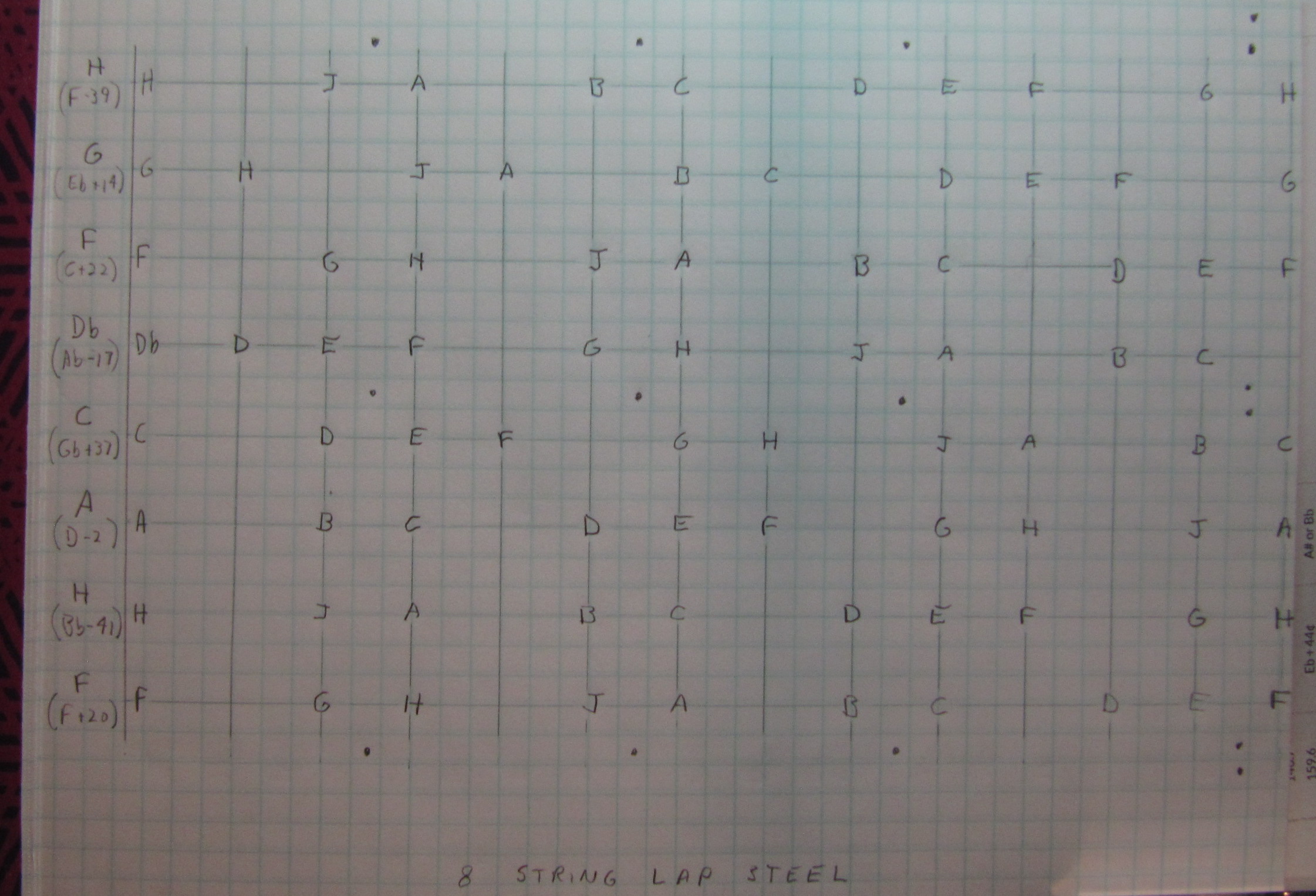 Here’s some ambient music played on it: